The city of Auckland leaves everyone awestruck as the place has so much to offer if you are willing to hop on a delightful adventure. To make your visit worthwhile we have created a list of places that you must visit and enjoy on your vacation in the ‘City of Sails’.

The highest building in New Zealand is 328 meters high. You may reach the observation deck to experience the city’s skyline and panoramic view below. To make the trip more exciting, the tower has a skywalk platform sitting at 192 meters high around the tower’s pergola. Adventure seekers can go there to the sky jump filling them with a rush of adrenaline. The tower houses a restaurant and a gift shop to treat your taste buds and eyes.

The Waitemata Harbour seems to divide Auckland into two parts. Due to the advantage preferred by waterways and economic activities, Auckland was the capital of New Zealand till 1840, afterwards, it was switched to Wellington. You may rent a ferry to Hauraki Gulf islands for hiking and exploring nature. You may experience a burst of culture at Quay Street that runs alongside the harbour.

The central harbour of Waitemata Harbour is central to Auckland’s Harbour Bridge. The one-kilometre-long bridge was erected in 1959 and sits at 43 meters high. It connects the heart of Auckland city and sandy beaches to the northern part. Observing the sea from the bridge is both scary and adventurous. For more thrill, you may bungee jump from it.

The building’s architecture appears to be inspired by Greek culture with its imposing pillars in the entrance. The landmark which is the highest point in Auckland’s geography was built in honour of soldiers of New Zealand who fought in World War I. It also houses some of the fascinating artefacts from the history of the country. By visiting the museum, people can get a glimpse of the change of culture in New Zealand depicting the Polynesian settlers up to this day. The exhibit also highlights the popular heritage of New Zealand.

The One Tree Hill or Maungakiekie is seen as the symbol of the city sitting at 182 meters. It is a part of the southwest corner the Cornwall Park. The slopes of the hill depict the ruins of Maori Pa. It was a village settlement on the hill during the pre-European era. The top of the hill is the grave of Sir John Logan who gifted the property to be used in public service. An Obelisk was erected to mark his largesse. 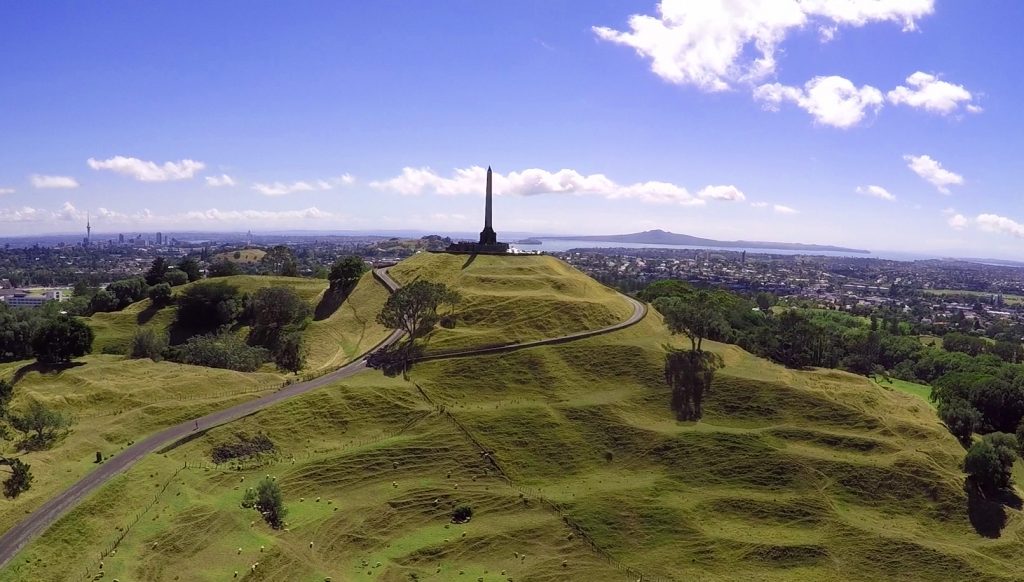 Waiheke Island is a part of the Hauraki Gulf islands. The island is home to 8000 people and has white sand beaches enlivening the ambience. The village is filled with art exhibits and cafes. People walk the 3-hour Church Bay circuit to enjoy the scenic beauty of the island. You can reach Waiheke Island by taking a ferry from the Prince Wharf.